Home » Blog » Government Procurement and Project Failures : How Can the ‘Road Crashes’ Be Avoided?

Government Procurement and Project Failures : How Can the ‘Road Crashes’ Be Avoided? 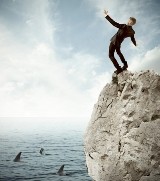 As I recently read through yet another Public Accounts Committee (PAC) report uncovering yet more failures of Government procurement and project failures, I found myself wondering whether the squandering of the public purse is ever going to be addressed with any seriousness. And what conclusion did I draw? Well, I’m really not sure that things will change.

There has been a miserably consistent record of wasted money and opportunity and, although subsequent deep thought analysis has resulted in some perfectly sound recommendations for change, things do not seem to be improving.

The examples below are representative of these thoughts (and these are just a few where tax payers’ money is ‘going down the drain’):

Despite efforts to centralise police procurement, which in 2010/11 stood at a massive spend of nearly £1.7 billion, very few of the 43 Police Forces in England and Wales have shown any trust in the ‘value for money’ this would offer them. Poor collaboration and uptake, lack of trust in the available data, and the unwillingness of the department to use the levers at its disposal to drive change has resulted in chasms of difference between what forces pay for the same items. A recent PAC report cited the examples of prices ranging from £14 to £43 for handcuffs, and an even wider difference of £25 to £114 paid for boots. With increasing pressure on government-funded police procurement, why is it that seemingly so little has been done to address the massive overspend that is going on?

This programme to encourage broadband providers to supply rural areas with faster broadband has been so badly mismanaged that it has resulted in Margaret Hodge, Chair of the PAC, saying: “The taxpayer has been ripped off with £1.2 billion going to the shareholders of BT.” Failings included:

NHS – The National Programme for IT

At a cost of £9.8 billion and rising, due to various legal actions and future required payments, this programme has been a failure of biblical proportions – a catastrophe that goes well beyond the selection of organisations that were unable to fulfil their responsibilities in this programme. This whole sorry mess could have been nipped in the bud far more efficiently had the department not undermined its negotiating position by being itself in breach of its contractual obligations. The PAC reported that failings in the National Programme included “poor negotiating capability, resulting in deals which were poor value for money and weak programme management and oversight. There were also failures to understand the complexity of the tasks, to recognise the difficulties of persuading NHS Trusts to take new systems that had been procured nationally, and to get people to operate the systems effectively even when they were adopted.”

With £50 billion of the public purse expected to be poured into the new HS2 rail network connecting London to the West Midlands and the North of England, you would have thought that the powers that be would have fairly robust numbers to prove their business case wouldn’t you? Well, the PAC thinks otherwise, stating: “So far the department has made decisions based on fragile numbers, out-of-date data and assumptions which do not reflect real life.” In fact, estimated benefits have gone down, double-counting errors in data calculations have been uncovered, contingency sums are considered insufficient, and decade-old information has been used in some of the analysis. On top of this, the committee believes that there is a serious shortfall in manpower and commercial skills in the department to ensure that things will go according to plan.

What Controls and Processes are Needed to Avoid Project Failure?

Despite detailed reviews of the issues involved and high profile private sector consulting on the subject from individuals such as Sir Philip Green – who in 2010 wrote a lengthy 33-page efficiency review for the Prime Minister suggesting sweeping changes – not enough has been done to put into action the controls processes and management changes that government procurement policy is so in need of.  I have a few suggestions that I’d like to share with you:

There should be ONE central government procurement body and catalogue for ALL government departments covering all basic routinely-purchased classes of goods and services such as printing and stationery, office supplies, telephones and communications, utility supplies, travel, desktop IT equipment, to name but a few.

ALL departments should be mandated to use this single central procurement body, and those which seek to purchase commodity goods and services outside of this structure should be penalised for doing so by having their next year’s budget reduced by the amount spent outside the central route. Departmental overspends should result in:

The misuse of government procurement cards needs to be curbed. Their use for covering travel expenses, hotels, subsistence and any other form of work-related expenses should be banned, with all staff paying their own expenses and reclaiming them at the end of each month under a strict regime of allowance limits – just like commercial businesses do. And, all transactions above a sensibly modest threshold should require authorisation.

Under the auspices of the Cabinet Office, every department should be subject to a compulsory Ofsted-like regime, where a truly independent third party comes in to scrutinise performance, processes and spending. The recommendations arising from these reports should then be compulsorily implemented by involving external (preferably from the private sector and not from the big and all-too-often-used players) change management teams which report directly back to the Cabinet Office.

Government procurements and projects over a certain value should compulsorily involve experienced (again, private sector) external advisors and should be subject to regular health checks and gateway reviews, from inception to end-of-life. This would help to prevent unviable projects from proceeding, help to minimise procurement challenges and failures, assure intelligent, strong contract management and optimise whole-of-life value for money.

There’s a Desperate Need for Change

Despite the desperate need for change, especially in this time of austerity, I have no doubt that these suggestions, even if they were to make their way to the eyes of the relevant government parties, would be given the exact same respect and attention that all previous reports on this subject seem to have been given – a cursory glance and the fear that this kind of thing would make life too uncomfortable, followed by summarily wicker basket filing!

Yet there are many examples of excellent procurement practice too; quite often good procurement and project management practice is borne out of a ‘bad experience’; BPG has written a number of white papers which provide information on how you can avoid a procurement or project ‘ road crash’.