Home » Blog » Changes to EU Procurement Rules: What is the Impact of the New Thresholds?

Changes to EU Procurement Rules: What is the Impact of the New Thresholds? 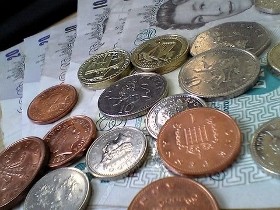 A new EU procurement Directive is close to being agreed; as a result, new EU Procurement Rules are set to replace existing Public Sector procurement terms later this year (*subject to ratification; see foot note). The proposed changes will affect the way organisations procure services, supplies and works across the Public Sector, so we thought it’s worth looking at some of their implications.

All public procurements in the UK have to comply with EU treaty legislation, with contracts valued above set thresholds being subject to a stringent procurement process contained within a strictly monitored framework. Whilst the underlying ethos of this framework has been to underpin the concepts of free and fair competition, modification of its terms has not always been good for the Public Sector. Arguably, certain past efforts to modernise the framework governing the procurement process and promote fair competition have sometimes made it more difficult, costly and time-consuming for all parties involved.

The current proposals have been the subject of some criticism and much debate, with concerns centred around what exactly the changes will mean for those affected. This is the first blog post in a series of four that will assess some of the most significant changes to the Procurement Directives and discuss their potential impact across the Public Sector. This post specifically considers the proposed new threshold levels and examines the significance this will have on the procurement process.

EU Procurement Rules – Why are the thresholds changing?

Current thresholds do need to be modified periodically to allow for changes within the markets, inflation and other occurrences within the financial world. The new proposed threshold levels have primarily come under our scrutiny due to the impact they will have on the sectors that apply to ‘Sub-Central Government’ (SCG) entities, e.g. local authorities, fire, police, education, etc. Whilst there is no change to thresholds for larger works, the thresholds that govern smaller goods and services contracts mainly dealt with by SCGs are set to more than double.

The new proposed threshold levels are:-

The significantly increased threshold of EUR 500,000 for SCG supplies and services is likely to have meaningful consequences because huge numbers of contracts will now fall under the new level. Whether this change will result in a positive or negative outcome remains to be seen, but let’s consider some of the possible ramifications.

Because the threshold is set to rise so much, this will mean that more projects will fall beneath the new level, which in turn will mean that fewer contracts will be mandated to go out to formal competition via the traditional procurement routes.

The Public Sector will certainly be unshackled in terms of time and cost as they will no longer be as closely bound by the strict frameworks currently in place and the buying process will be freed-up greatly.

The current level of advertisement of competitions look like it may be reduced, thus immediately removing the administrative burdens on those who run these often lengthy processes. Although some level of due diligence and competition will be required from an underlying regulatory perspective, the fact that more contracts will no longer be subject to such robust procedures could greatly improve the speed and flexibility of procurement on both the SCG and bidder sides.

Despite the new threshold levels facilitating greater flexibility and hopefully allowing procurement costs to be decreased, there are also obvious risk factors involved when authorities are not bound to adhere to the usual levels of diligence.

If fewer contracts go out to competition, how can it be certain that the best value and level of service are being obtained for the public purse?

How will we be assured that the best and most economically advantageous services or solutions will be procured?

Without the framework, the need for self-managed fairness and transparency will be vital in order to avoid any criticism or possible claims based on technical arguments relating to perceived distortion of competition or even discrimination.

Currently, authorities have the discretion to split contracts into lots, mainly to encourage smaller bidders to engage with the Public Sector where contracts are above the set thresholds and where, individually, the smaller bidders would not qualify to compete.

However, splitting contracts into lots actually makes the procurement process more complex, as it often results in authorities dealing with three or four suppliers, rather than one main supplier. This can lead to difficulty and confusion in communications and also adds to the administrative burden. There’s little doubt that letting multi-lot contracts (especially for complex services or solutions) can actually increase risk on the part of the client by making it more difficult to achieve a ‘one-stop’ scenario where one prime contractor takes overall ownership of the contract.

But, by setting the new threshold so high that the need to go to competition is effectively removed, surely it would now make little sense to split contracts into lots when the project in its entirety falls under the new threshold level?

Ultimately this conflicting situation may lead to less fairness for smaller bidders, as well as an unwelcome quandary for the authorities who will have to overcome the predicaments caused by conflicting messages coming out of Europe.

The overriding aim of the proposed changes to threshold levels, it would appear, is to modernise the system, allow for greater ease of use, and promote sound procurement practices. These sound like worthy aims. That said though, big reforms are seldom devoid of risk, and there’s no arguing the fact that a 250% increase in a critical threshold such as this classifies as big.

Undoubtedly, the new thresholds will expedite certain procurements through increased flexibility and the shift to a more autonomous approach, but at what cost to fairness and equality?Also the quality of services and goods procured remains to be seen.

Over the coming weeks we will discuss some of the other planned changes in future posts and evaluate their significance in the context of the Public Sector. We’ll also be considering ways in which you might be able to optimise (or minimise) the impact of these changes in terms of procurement costs and the avoidance of bidder challenges.

*This post has been written and published before the planned changes to the new EU Procurement Directives come into force. As such, it should be noted that all points raised are subject to ratification and possible future qualification. This post does not contain an exhaustive list and final documentation should be referred to for clarification and finer detail.