Home » Blog » How does our government spend £242bn of our public money a year? NAO report reveals all

How does our government spend £242bn of our public money a year? NAO report reveals all 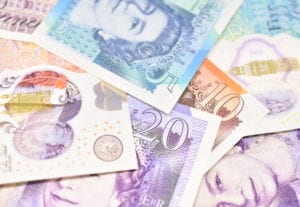 In November the National Audit Office (NAO) released a new report on contract management, and because we found it so insightful we’ve decided to dedicate a few articles to the subject and to the findings of the report. This particular article takes a ‘big picture’ view of the statistics highlighted in the report. What do they tell us about the state of the outsourcing market in the UK today, do they reveal any trends that we can learn from or adapt our strategies because of, or do they simply underline what we already know?

According to World Bank national accounts data and OECD National Accounts data files, in 2015 our expenditure as a percentage of GDP was 19.41%, putting us in line with countries like Tunisia, Spain, South Africa, Qatar, Morocco, Germany and Slovenia. However the fluctuations of this percentage figure by country look very different when plotted over the last few years. The UK’s has fallen steadily since 2010 from 21.52%, which was a 30 year high to where it is today, still well above the average for the last 50 years.

However, the news of note is less about how much our government spends in total or as a percentage of GDP, and more about ‘how’ this sum is spent. For the first time the government seems to have spent more on external support than internal resources.

According to the NAO report, of the £734bn total figure, £194bn was spent on staff costs and £242bn was spent on contracts for goods and services. That’s 26% versus 31% of total operating expenditure respectively.

Staff costs themselves were up 3.2% on the previous year, but outsourcing had simply grown more rapidly.

The WGA cited that the chief buyer of goods and services by the public sector was The Department for Health with an expenditure of £61bn in 2014-15, up 12.8% on the previous year.

According to the NAO report these were a few of the other headline contract expenses:

At the time of this report’s analysis, 2014-15 among the biggest public sector projects were:

Most of which made significant billion pound plus dents in the 2014-15 budget.

Finally, according to the NAO report the vast majority of the 31% of total expenditure that it allocated to goods and services goes on ICT projects, with almost £7bn spent in this area, followed by facilities and defence at around £5bn each. The only others over £1.5bn were professional services, construction and industrial services, with legal aid coming in just over this line. At the bottom of the spending table are waste management, emergency and rescue and social care.

There are those who advocate for greater public sector involvement on public sector projects, who feel that there is a fundamental incompatibility between the need for public sector services to be run at greater efficiency for less money and a private sector supplier/provider whose primary goal is surely to generate greater profit for its shareholders. However, the NAO report would suggest that such protestations are having little effect on the advancement of the government’s determination to outsource an increasing number of its services, solutions and projects to private sector outsourcing organisations.

While in some cases the words of the anti-outsourcing fraternity may prove to be true, with news of profiteering private sector organisations overcharging or under delivering on multi-million pound outsourcing relationships, in other cases outsourcing is seen through much more optimistic lenses.

Given the right due diligence, analysis, communication and relationship management to drive the right behaviours from all parties and to fully appreciate what good looks like, it is perfectly possible to inspire the commitment required to build strong trusting relationships which through the encouragement of innovation can see the achievement of far more impressive outcomes.

The NAO report has far more to offer than statistics alone, but as a starting point it gives us a good perspective of where we currently stand in the world of public sector outsourcing, and therefore the vital importance of quality contract management.