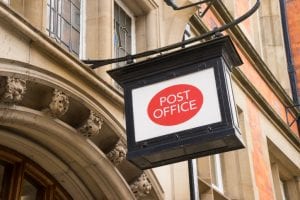 Twelve months ago, we published an article titled Post Office Horizon IT System; Legal fees of £3m and 2-years of legal action; 3 key lessons learned. It looked into the claims by subpostmasters that the Post Office’s £1bn Horizon IT system was the cause of accounting errors that had resulted in many of them paying back thousands to the Post Office, sometimes tens of thousands, that they felt they did not owe. As part of this process, the resulting effects on the subpostmasters included bankruptcies, job losses, heavy fines and jail sentences for theft and false accounting.

Just last month, many got the vindication they had been seeking for so long. A High Court settlement approaching £58m was agreed to be paid from the Post Office to 500 subpostmasters.

Horizon IT System – The Purpose of our Highlighting this Case

We’ll be looking into the lessons we can all learn from this case regarding supplier’s due diligence by any commissioner of complex IT solutions.

A settlement of fifty-eight million pounds may not sound like much when split between hundreds of complainants, especially after deductions are accounted for, but for many in this case it has been about more than just money. When the original accusations of wrongdoing by the subpostmasters were made by the Post Office, it was reported that the subpostmaster’s reputations were dragged through the mud, jail terms served and severe mental anguish suffered, including the family devastation of a suicide.

What the recent High Court verdict provides is absolution. It’s been reported that a very long overdue admission from the Post Office has been made that many who had been accused of financial mischief had, in fact, done nothing wrong.

Although this case was only settled last month, the challenges with the Horizon IT system are reported to go back almost twenty years, with blame being laid for financial discrepancies at subpostmaster’s doors just a few years later.

International Computers Limited (ICL) won the contract with the Post Office in 1996 to create a new organisation-wide IT system, which later would be known as Horizon. ICL itself would, in 2002, be acquired by Fujitsu who then took responsibility for the Horizon system.

At first all seemed fine, but then financial discrepancy issues were raised with increasing frequency by sub postmasters. In 2009, Computer Weekly highlighted this problem in an article titled Bankruptcy, prosecution and disrupted livelihoods – Postmasters tell their story where the extent of the problems claimed by sub postmasters was revealed.

However, reports at the time suggested that whilst the Post Office was strongly pursuing legal recourse against many of its subpostmasters, they, and Fujitsu, were not taking the claims of system errors seriously enough.

The High Court judgement, handed down by Sir Peter Fraser last month, did not end at the compensation award. According to a number of sources, including an article in the Independent newspaper, Sir Peter went on to say “Based on the knowledge that I have gained, I have very grave concerns regarding veracity of evidence given by Fujitsu employees to other courts in previous proceedings about the known existence of bugs, errors and defects in the Horizon system.” And that he had decided to raise the matter with the Director of Public Prosecutions (DPP), Mr Max Mill QC, for him to consider whether any further prosecutions should result.

For those who, for the last decade, have been fighting against the accusations and convictions that have marred their lives, this came as some relief.

And it’s these system errors and the supplier’s commitment to identifying and rectifying them, that our lessons learned focuses on here.

Managing the relationship you develop with your strategic supplier is a vital element in the prospects of any project. The five lessons we’ll be discussing in this article aim to highlight where these types of more complex supplier relationships could be tweaked, enhanced or better guided. Undertaken in the right way, this assures all parties are consistently pulling in the same direction, so the chances of issues being misaligned or misunderstood can be minimised.

When you see a ‘professional’; whether they be a doctor, solicitor or expert supplier/contractor that specialises within a particular field, they owe you a duty of care in that specialist field due to their represented superior knowledge in the area you are consulting with them on.

Therefore, when you discuss your project with expert suppliers, even at the pre-contractual stage of your relationship, that duty of care commences – they have an implied legal responsibility to give you best advice. They should validate what the supplier can do, validate (not just tell you) what they can’t do and validate what the ramifications of their inability to deliver on certain areas could be.

In line with this, is your supplier’s responsibility for letting you know when your expressed plans, or the information you provide them with, are not complete enough for them to evaluate their viability. In other words, as an ‘expert’ in their field, they are under a ‘duty’ to ‘ask you the right questions’.

However, while this supplier ‘Duty to Warn’ responsibility often exists and, if necessary, can usually be used in legal action against the supplier that results from a failure of the project, it would always be preferable to avoid going down this particular road in the first place. This means taking responsibility for developing as full a business case as possible from the outset, one that contains all the right expectations, outcomes and reasoning for your suppliers to properly evaluate.

As part of this, having the right terms of reference in place to ensure your strategic supplier asks you the right questions, will help both you and them to articulate and quantify your expectations at the outset. In turn, armed with clear expectations, the supplier can use its specialist knowledge to advise you much more holistically and accurately as to whether your expectations can be achieved within the time scales, budget and resourcing you have available. A win-win for both parties.

The business case you put together will provide both internal management and supplier stakeholders with foundational knowledge and objectives. From this, a more detailed assessment of the project can be formed and a plan of action agreed.

The creation of the business case itself can be an important collaborative and relationship building exercise. Bringing together all the stakeholders and knowledge bearers in your organisation to work on forming the business case can identify potential challenges in existing operating processes, relationships and weaknesses in ideas and ideals, which through their early knowledge, can be addressed. It can ensure that all adequate research is completed, that all voices that need to be heard are and that early buy-in to the concept of the project is achieved.

You have selected your suppliers because of their specialised experience and/or expertise. The best way of engaging with them is to provide them with a clearly articulated (and quantified, where possible) vision of what you need to achieve, while leaving the supplier to determine how to get there.

Whilst you can (and should) critical friend challenge strategic suppliers on any of their areas or their ideas you do not think have clarity, to tamper with that freedom during the implementation process could result in two things, neither of which you would wish for.

Firstly, it is possible that you could stifle the creativity which could have led to a better outcome. If your supplier is ‘being directed’, whether through a desire to build a better/early working relationship or misplaced hierarchical duty, to make decisions that are against their better judgement, then you are robbing your project of the expertise you’re paying your supplier for.

And secondly, you could well be undermining the legal protection your supplier’s ‘duty of care’ and ‘duty to warn’ affords you.

4. A Fair Price is Better than a Low Price

Negotiations are often considered to be a game that must be won by one side or the other. Play the game hard and you beat your opponent down to the lowest price possible, so you win, right? Evidence from over 500 successful complex supplier relationships, determines that this approach is highly unlikely to get you to a great outcome.

There is a fine line between a price that is acceptable and still encourages the best from your supplier and one that, over time, can result in a lack of interest, innovation and commitment from them. This negative motivational creep is something many will have witnessed, with suppliers placing their best people on the job initially, full of enthusiasm and ideas to make a good impression, only for them to be replaced by lesser individuals later on as the supplier struggles financially to keep on top of the project.

It is of course vital that you negotiate, but instead of considering it a binary win-lose position, remember that the victory you’re after comes from the long term relationship delivering on your outcome expectations.

5. If the Supplier Cannot Assure your Objectives, be Prepared to Walk Away

The decision to move forward with a project is one that should never be taken lightly. You may have spent a great deal of time and money putting together your business case, in early market engagement exercises, bringing stakeholders together and obtaining their buy-in. You will likely have become heavily invested in the procurement process, but you must always be prepared to walk away if that’s the right thing to do when there is a distinct lack of certainty and/or evidence your expectations are likely to be achieved.

The entire procurement process needs to be marked by periodic sanity checks to ensure that the reasoning that initiated the procurement is still as relevant and valid now as it was then. As more information is gathered, more perspectives incorporated into the planning and more guidance sought from expert suppliers, a clearer picture of what’s possible will be revealed. This may underline the need for the project, but it could also provide arguments that simply do not support the further progression of the project.

The subpostmaster’s victory in the High Court may well not be the end of this matter, as other private cases could still be in motion or be fuelled by the judgement in December. The DPP will still need to assess whether the Post Office or Fujitsu have a case to answer. Questions should be asked about why it has taken this long for subpostmasters to get their judgement and the treatment they received from the Post Office during the process.

Important lessons can be learned about choosing the right IT project partners, maintaining a close enough supplier relationship to see when things are going wrong, and the inescapability of the ramifications of institutional poor behaviour.

Free Guide: Problematic IT Project? 9 STEPS TO SAVE A MISSION CRITICAL IT PROJECT 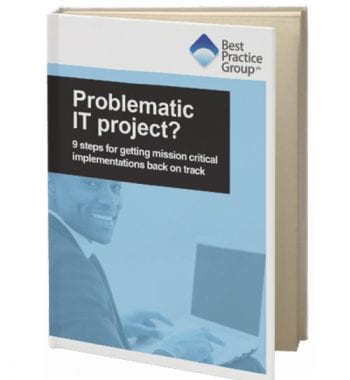